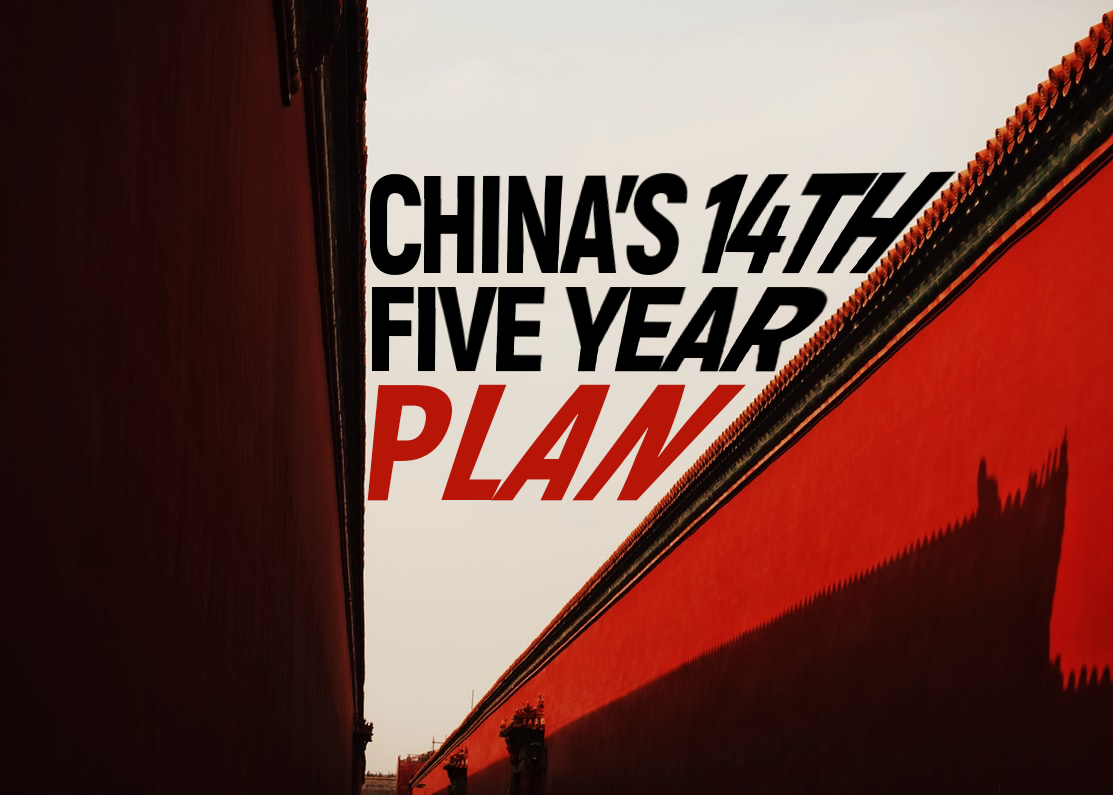 The 14th Five-Year Plan: Continuous and Reinforced Emphasis on Innovation

In addition to achieving an average annual GDP growth rate of 5.7%, the 13th Five-Year Plan period also witnessed an advancement in innovation, especially the completion and put-in-operation of the BeiDou-3 global navigation satellite system. On 31 July 2020, China officially launched the BeiDou-3 global navigation satellite system, marking the establishment of a complete BeiDou industrial chain integrating chips, modules, boards, terminals, and operation services. In the past ten years, the overall output value of China’s satellite navigation and location services industry has grown by more than 20% annually, reaching 345 billion yuan in 2019 and expected to exceed 400 billion yuan in 2020.

As continuation of the past five years, the 14th Five-Year Plan further raises the central position and strategic significance of innovation. It elevates technological self-reliance and development to a strategic support position for national development. The Plan proposes the targets shown below to be completed in the next five years.

The repeated emphasis on R&D and innovation in the 14th Five-Year Plan has a significant impact on China’s GNSS industry. As an important national strategic project, “Deepen the promotion and application of BeiDou systems; Promote the industry’s high-quality development” is proposed as a policy guideline in the Plan. The policy is expected to be a signal for an increase of investment in the research and development of the GNSS industry, promotion of the industrial application of BeiDou, and acceleration of key core technology innovations. However, the development of the GNSS industry is currently in a small, scattered, and chaotic situation. Most of the upstream companies are struggling in low-end equipment competition, which is extremely fierce, leading to weak profit growth. Without substantial policy support and guidance, it is difficult for GNSS equipment manufacturers to enter the high-end mass application sector, while the downstream applications, such as rail, transportation, and construction, offer space for the industry to develop independently. Considering the dilemma mentioned above, proposing to promote the industrial application of BeiDou in the 14th Five-Year Plan acts as a macro policy guidance to lead the industry’s downstream development.

Shift of Priority: to build a self-reliant, Innovation-led Economy

Looking across the two five-year plans, although the development philosophy of innovation, coordination, green, openness and sharing stays consistent, the macro policy of China’s economy has shifted its priority from the quantity of economic growth to its quality. Pointed out by economists in China, long-term growth of the economy relies heavily on the potential of improvement in productive efficiency, which primarily consists of technology advancement. Therefore, the fundamentals to China’s pledge of achieving quality growth lies on its potential of transforming into an innovation-led economy.

In addition to the banner of high-quality development, the 14th Five-Year Plan sets its sights on the domestic “inner circulation”. In the new five-year period, China plans to enhance the autonomy and controllability of its domestic industrial supply chain as soon as possible. Through technological innovation and connection within the manufacturing industry, China aims to achieve technological independence and become a manufacturing powerhouse, which will in turn promote its economic development. Compared with the 13th Five-Year Plan, the 14th Five-Year Plan proposes for the first time the establishment of a new development strategy with the inner circulation as the main body and the domestic and international double circulations promoting each other. The domestic circulation focuses on the modernisation and industrialisation of the domestic economy and society, seeking to build a strong domestic economy with strengthened inner demand and supply. The dual circulation strategy hopes to cut excessive dependence on foreign key technology and imported resources in the less supportive international trade environment and build self- resilience in some sectors to cope with external risks.

As an integral part of the advanced manufacturing industry, the independent development and use of the BeiDou system will be a key part of China’s internal circle of self-reliance in science and technology. Chapter 14 of the 14th Five-Year Plan, “Accelerating the Cultivation of a Complete Domestic Demand System”, section 1, “Constructing New Pillars of the Industrial System”, explicitly proposes to focus on a new generation of strategic emerging aerospace industries, accelerate the application of core technology innovation, enhance the ability to secure elements, and cultivate new momentum for industrial development.

I. Legislation to ensure the regulatory system

From looking at the experience of other GNSS constellations, early construction of the satellite navigation system mostly relies on drives of guideline policies, while the development of applications requires incorporation into legal adjustments. The United States, Russia and Europe have formulated a series of laws and regulations governing satellite navigation activities, which are constantly updated according to the adjustment of development strategies. As China’s BeiDou system enters the stage of all-round application, national guiding policies alone are no longer sufficient to adapt to the needs of complex adjustments of rights and obligations. There is an urgent need to strengthen legislation and build a system of satellite navigation regulations.

In 2016, China began to formulate the Regulations of the People’s Republic of China on Satellite Navigation (hereinafter referred to as the “Navigation Regulations”) to promote the standardisation of BeiDou in key areas in the form of legislation. The draft for public comment was completed. As of April 2021, more than 1,000 policies and regulations related to satellite navigation have been introduced. This regulation is of great significance in filling the legislative gap in the construction of the BeiDou system and establishing its legal status.

At present, there is still a relative lack of BeiDou-related legal protection and supervision in China. Research found that there exist worrying phenomena of blind development of the industry, misuse of the BeiDou name and lagging management of short message communication services; a lack of relevant legal basis and standard specifications, and the promotion and application of some industrial fields is prone to disputes or intellectual property controversies; a lack of support from domestic laws and standard rules for international application, allowing room for legal risks for the “going out” of BeiDou. The introduction of the Navigation Regulations is crucial to the establishment of the legal status of the BeiDou system as a national information infrastructure, the creation of a fair and open market order, and the entrance to the international standard system. It gives references for China’s satellite navigation management, construction, operation and maintenance, safety assurance, application promotion and international cooperation.

With the completion and opening of the BeiDou-3 global system, the development of BeiDou applications is moving from the stage of regional services to global services. At the same time, the development of the GNSS industry coincides with an opportunity period for China to transform its engine of economic growth and industrial structure. National initiatives and policies have been adopted to promote the integration of BeiDou with other industries and fields.

In addition, in recent years, industries such as transportation, electric power, railway, petrochemical and communications have taken the initiative to cross fields and enter the GNSS industry. Numerous BeiDou hybrid institutions or enterprises have been set up, actively exploring application scenarios using BeiDou technology as a means of empowerment. Such cross-industry cooperation promotes the application of BeiDou in relative industries which at the same time gives chance to the transformation and upgrading of leading industries in such fields. For the GNSS industry, industrial integration further promotes its application in depth and width. The “14th Five-Year Plan” for the development of the maritime system proposes to construct an integrated land, sea, air and sky water transportation security system, i.e., the use of BeiDou navigation, satellite communication and remote sensing technologies to build a global network of traffic safety and emergency satellite systems.

As a system that can carry industries and enable other industries to form incremental volumes, GNSS applications must be combined with communications, robotics systems and big data to play its role in the integration of industrialisation and informatisation and become a core support that can drive industrial development. Integration is fundamental to the industrial scale and application industrialisation of the GNSS industry.

After years of development, the GNSS industry in China has gradually fostered five major industrial clusters: Beijing, Tianjin and Hebei, the Pearl River Delta, the Yangtze River Delta, Hebei, Hubei, Hunan and Sichuan, Shaanxi and Chongqing, accounting for about 80% of the total output value of the national satellite navigation industry. As a high-tech industry in the field of aerospace, the GNSS industry needs to be supported by strong scientific research resources and human resources and requires a strong supply capacity of the electronic information industry chain. The formation of the five regions relies mainly on the advantages of talent chains or industrial chains.

The Beijing-Tianjin-Hebei region is an important base for satellite navigation chip research and development, terminal manufacturing, and geographic information data in China. Among them, Beijing and Tianjin have gathered many listed enterprises based on the advantages of scientific research concentrated in national research institutes, and the construction of BeiDou Industrial Park in this region is also relatively concentrated, with the overall R&D strength ranking among the top in China. The Pearl River Delta region is a representative of the market advantage. The region has the most complete supply of electronic information industry chain in the country, and the developed automotive and consumer electronics industries also provide scenarios for the commercial application of GNSS technology. The Yangtze River Delta region has become the R&D, production, and application region of the satellite navigation industry, mainly with the help of capital and market advantages. With Shanghai as the leader, regional industrial parks and bases are the core engines for the development of “BeiDou + Space & Time”.

From the point of view of the technical development of BeiDou, the demand for land is not large, but the investment cost is often as high as hundreds of millions to billions, which is a heavy capital requirement. It is necessary to rely on the strong local infrastructure, talents, R&D capabilities, and industrial base of the industrial park itself. Therefore, the technical characteristics of the GNSS industry dictate that industrial park must be in cities with strong technological R&D capabilities, such as those in the North, Guangzhou and Shenzhen, or in cities in the Yangtze River Delta, Pearl River Delta and Southwest China, which are closely related to the electronics industry, while other places should consider the development of industrial parks in a prudent manner. Although as a national strategic emerging industry, the BeiDou satellite navigation industry can promote the transformation and upgrading of regional industries, not all regions have the foundation and advantages to develop the GNSS industry, and the state needs to guide localities in optimizing the regional layout to areas with better technical and application bases.

China’s 14th Five-Year Plan – strengthening the domestic base to become a superpower, <https://merics.org/en/short-analysis/chinas-14th-five-year-plan-strengthening-domestic-base-become-superpower>

Explainer | What is China’s dual circulation economic strategy and why is it important, South China Morning

Manufacturing makes a comeback in the 14th five-year plan, <https://onesite.eiu.com/manufacturing-makes-a-comeback-in-the-14th-five-year-plan/>

White Paper on the Development of China’s Satellite Navigation and Location Services Industry (2021), GNSS & LBS Association of China, 18th May 2021