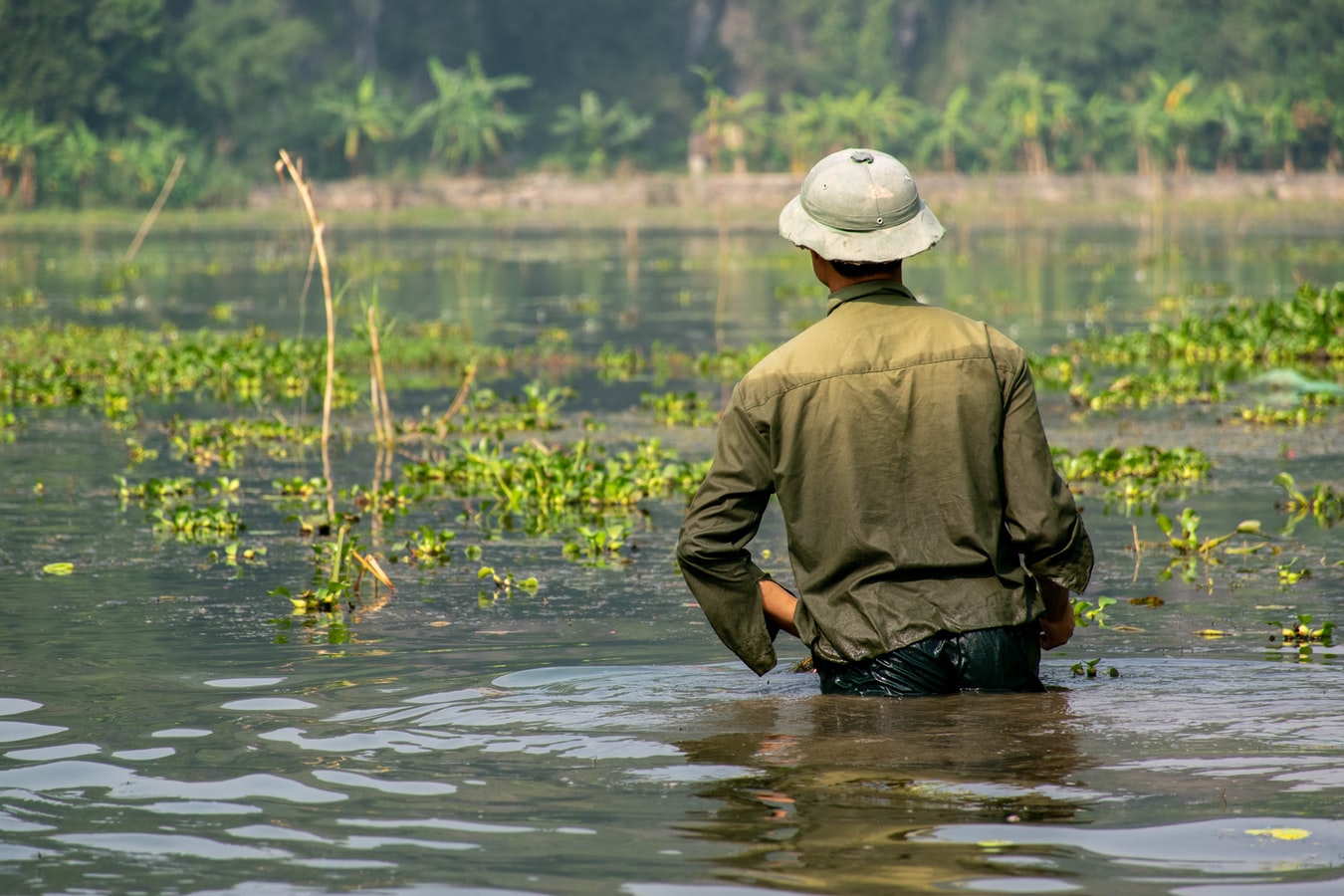 GNSS.asia has brought together industry professionals in its EU-ASEAN workshop in March 2021. Speakers from institutional agencies and private businesses alike joined the discussion about the usage of EU Space Data for Emergency & Maritime Applications in ASEAN. The two-day event was a success with over 250 participants. This platform will be integrated as a long-term networking tool for the GNSS.asia community under the name GNSS.asia Hub and has already received great feedback after the event for its ability to connect different stakeholders and foster collaboration.

The EU and ASEAN look back on a long-standing record of cooperation, but this engagement has been stepped up further through recent agreements made in 2020 such as the Agreement for the EU-ASEAN Strategic Partnership and the cooperation for maritime security. The workshop resembles the desire for more intense cooperation between EU and ASEAN nations in the specific field of space, emergency, and essential data for marine purposes.

In this article, the potential for EU space data in emergency applications is discussed in relation to the risk of natural hazards in ASEAN nations. Additionally, applications currently in use are introduced.

Confronted with the rising frequency of natural disasters across Southeast Asia, exacerbated by climate change, ASEAN nations are looking for a space-based solution to enhance their disaster warning and response management. In the last decade, we have seen more than 500 natural disasters across the region, most of them related to flooding, according to data provided by EM-DAT. Even more shocking is the fact, that this decade has seen a 242% increase in natural disasters compared to the time span from 1980 to 1990, this large growth being mainly attributed to climate change. A memorable example was last year’s flash floods in Cambodia, which negatively affected the livelihood of thousands of people. Floods destroy crops and homes, which represents an economical disaster for those prospering nations.

But why is Southeast Asia so prone to natural disasters? The main reason might be its location, directly sitting on the Pacific Ring of Fire, which is a geologically and volcanically active area that stretches around the Pacific. This region is home to 452 known volcanoes, of which 127 are active. Moreover, due to a rising global temperature and a changing climate, typhoons tend to happen more frequently and with greater intensity. In 2013, Typhoon Haiyan, known in the Philippines as Typhoon Yolanda, reached a wind speed of 315 km/h, making it one of the strongest in history. In general, a trend of increasing storm damage, as well as people affected by storms in ASEAN, can be observed over the last 40 years.

However, it is not only the location of ASEAN nations that makes them vulnerable to destruction through natural disasters but also the way urban areas are structured. A large amount of young, quickly urbanising economies with large populations, leads to densely populated areas especially near the coast or riverside, where they are an easy target for floods or storms.

Galileo, as the European Global Navigation Satellite System (GNSS), enables the creation of a sophisticated Emergency Warning Service (EWS). This service is meant to alert and guide endangered citizens directly through their smartphones and stands out through the fact that it is available when nothing of the ground infrastructure remains. It is not designed to replace existing warning systems, but to enhance them and make them more robust. The Galileo Emergency Warning Service not only has global coverage but is also resilient to ground destruction and does not rely on a ‘mobile’ connection. With the help of this system, governments or agencies can reach out to their population within 2-3 minutes, no matter the size of the area. In order to find out more about the EWS, please contact the European Union Agency for the Space Programme (EUSPA).

In order to know when danger is looming and the Galileo Emergency Warning System should be employed, Copernicus offers an Emergency Management Service (EMS) that supports the complete disaster management cycle (before, during, after). The service contains two components, on-demand mapping, and early warning. On the one hand, on-demand mapping offers rapid mapping that is constantly available and delivers Earth Observation data within hours/days to support emergency management activities in the immediate aftermath of a disaster. On the other hand, risk and recovery mapping is offered, which is available during working hours and delivers geospatial information within weeks/months in support of Disaster Management activities including prevention, preparedness, risk reduction, and recovery phases. Through the Early Warning Service component, natural disasters can be observed and reported. The individual components offer features such as flood warnings (GloFAS and EFAS), wildfire impact analysis, and drought forecasting and monitoring (GDO). This intricate network of systems is designed to offer the best support possible and, what is especially important, offers continuity, which is needed if stakeholders decide to base their emergency systems on this service.

The Asian Disaster Preparedness Centre (ADPC) has created a hydrologic remote sensing analysis for floods (HYDRAFloods) that relies on EU Space Data. The intent is to provide very rapid information to users on the extent of the flooded areas and assess the possible severity of floods. A unique feature is the visualisation tool that is especially helpful in planning the emergency response and relief. The tool was created with the hopes of overcoming several issues that were previously experienced in flood management. The agencies dependent on flood information were subjected to water maps from many different institutions and had limited access to the reasoning on how the maps were created. This made it difficult to prioritise information and present it to the decision-makers through a bureaucratic system. Through creating a transparent and reliable service with the help of EO data, HYDRAFloods strives to relieve this issue and enable faster decision making in the face of flood risk. Another problem was that the mostly cloudy conditions, which are often the case during the Asian monsoon, render optical imagery useless. However, through the use of SAR water mapping combined with a machine learning algorithm, this problem can be avoided as well. 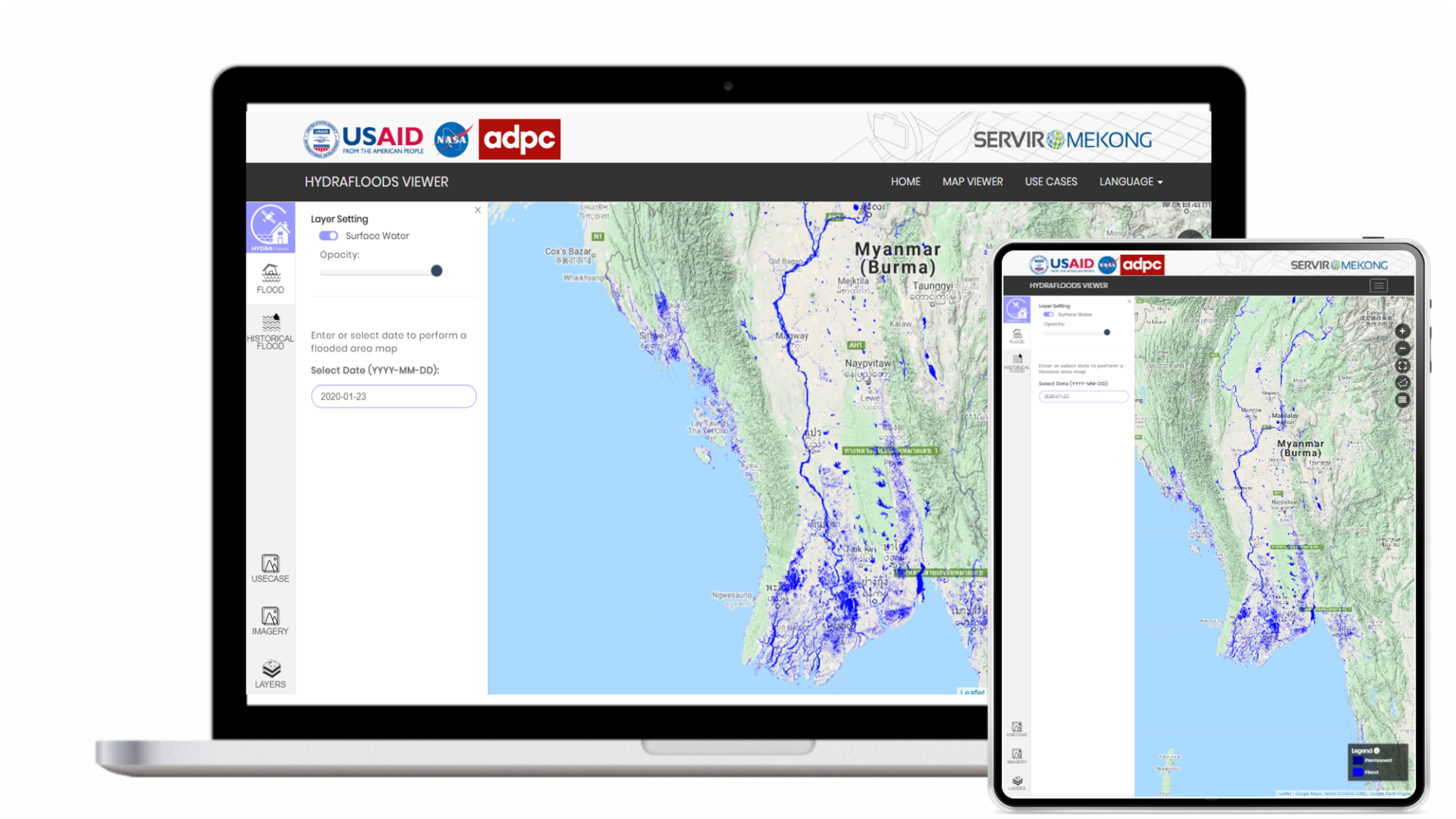 In Thailand, a GNSS-Based Early Warning Service is in use that combines different kinds of data for better risk mitigation. Through using Interferometric synthetic aperture radar (InSAR) combined with GNSS, the land subsidence rate can be precisely determined. Moreover, by also observing tide gauge, regional tide models can be combined with data altimetry and local measurements to improve tidal modelling and its applications. The Precipitable Water Vapour (PWV) is also estimated through GNSS observations and can be used for flash flood and heavy precipitation prediction as well as for reliable weather forecast, climate studies and artificial rain planification. These components are currently part of the Early Warning Service in Thailand, but they are planning to launch their GNSS CORS system by September to further improve the system.

Overall, it can be seen that a wide variety of data can be used from Galileo, EGNOS and Copernicus alike to alleviate some of the issues surrounding emergency management and monitoring. In the future, we hope to hear about even more creative usage of Space Data in emergency applications in the ASEAN region and report on their success stories.

If you would like to watch the presentations of our ASEAN speakers, you can find them here, and in case you are interested in industry testimonies, check out this playlist.

If you want to find out more about Galileo and its emergency applications do not hesitate to contact the GNSS.asia team at hello@gnss.asia or subscribe to our newsletter to stay up to date on the latest trends and developments.